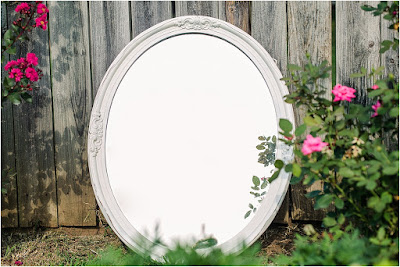 Oh, the god of pride and arrogance that we have bowed down to so many times.

As C.S. Lewis called it in his writing of Mere Christianity, "The Great Sin," pride.  The Bible has much to say about this god.  In Proverbs 8, it says He hates pride and arrogance.  In chapter 11, it says "when pride comes, then comes shame."  and in chapter 13 it says "By pride comes nothing but strife."

Now, I'm not talking about the pride of hard work and values that we as Americans have shown to be an important part of who we are (but be careful, that in itself can become your god).  I'm talking of good old-fashioned stubbornness.  You become the god of your life- deciding the judgement and outcome.  God's word is correct in saying "By the mouth of a fool is a rod of pride." Proverbs 14

This god of pride wants to build a wall higher than Jericho around you, never allowing for sweet surrender to the Holy Spirit.  The reflection in this mirror is self rather than the Holy Spirit.  The Holy Spirit reflects love and God's love covers a multitude of sin.  The reflection of self shows Pride. Pride has a dark side that leads to bondage.  Chains that are shackled so tight, it hurts to move, but to admit that might be painful.  My friend, the more you refuse to bow to pride, those chains will break loose as they did for Paul and Silas in prison. (two people who were definitely wronged)

I'm not dismissing real hurt.  I'm not dismissing the fact that you could have been completely innocent and undeserving of the outcome.  Who's right? Who's wrong? Who suffered more punishment? Who apologized and who didn't?

I have plenty in my life to show that I've aloud this god to enter my heart and take up residency.  I am strong enough now that I can share something that I was even too prideful to speak of until the last several years.   The unthinkable, the worst nightmare a child could think of...the robbing of my innocence.  I was wronged on so many levels.  TWICE. By two different grown men within weeks apart.  One was a friend of my dad's and the other a total stranger....a dad of the neighbor girl that invited me over for a sleepover at her house.  This all happened while my parents were going through a divorce and my mom was in Oklahoma looking for us a house.   So, the enemy built on that tragedy and he introduced the god of pride. I held that in until I was 18 years old.  Nine years of holding that in did a lot of damage to my soul....thank the Lord I came to know Him or I would be a real mess today!!!

THIS REFLECTION BROUGHT PAIN
For me, I became so prideful that I would do whatever I could not to cry, to show any feeling (good or bad).  To show feeling would make me vulnerable and out of control and I vowed never to be vulnerable again.  Can you see the darkness already closing in?  If I felt myself about to cry about anything in life...I would go running (literally....and I hate running) because crying showed weakness and weakness meant I would hurt or get hurt.  Can you picture how hard this was on my marriage?  This was a vicious cycle that brought out anger.  I wanted to blame my dad for not seeing the shadiness in his friend asking me to spend the night.....I mean what grown (single) man asks if a nine year old can spend the night?  I know it was 1979....but come on! I wanted to blame my mom for leaving us with my dad (in California) while she went to find a house in Oklahoma.  As stupid as it sounds, I even wanted to be mad at my sister for not spending the night with me that night because I know she would have punched that guys lights out! (my older sister is just bold like that) but she had no idea.  As horrible as it sounds, I was angry at God.  I never blamed Him, just questioned.....lots and lots of times. Through many of nights as a grown, married women waking up crying...I questioned God.  I pleaded for Him to take the imagery away.  I asked him to wipe my mind clear and the feelings that rose each time I started to think about it.

I could easily look in the mirror....and say "I have every "right" to be prideful and not share a drop of my emotion with anyone!"  or....I could look in the mirror and say "Holy Spirit, I don't understand. That was incredibly painful for a little girl, but I know you give me strength. I know you have a plan for me and that ALL things work together for good to those who love Him"  The first response leads to destruction, the second to freedom.

THIS REFLECTION BROUGHT PEACE
The light bulb went off for me when I realized that I had no control of what happened as a child but I allowed the enemy to steal way more of my spirit for many more years.  That just seemed like a waste.  What a waste!

"The thief comes only to steal and kill and destroy; I have come that they may have life, and have it to the full." John 10:10

All those years of me being in pain, I realize He took that on himself on the cross....and I'm just one.  He took on the entire world's pain and sin.  So that I could be FREE.  So why would I waste one more day of giving my emotions to the enemy?

Let the only thing you see in your mirror be the Holy Spirit at work!

Lord, set the captives free!
The Mrs. Pastor
Posted by Unknown at 7:00 AM 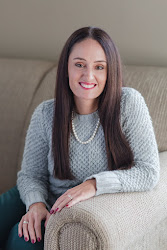